Texas-based developer Campus Advantage is planning an 11-story building in downtown Ithaca at 301 East State Street. The proposed building would reach the maximum of the 120-foot zoning allows at the location, and fill up nearly the entire plot of land bounded by East State, South Aurora and East Green Streets. 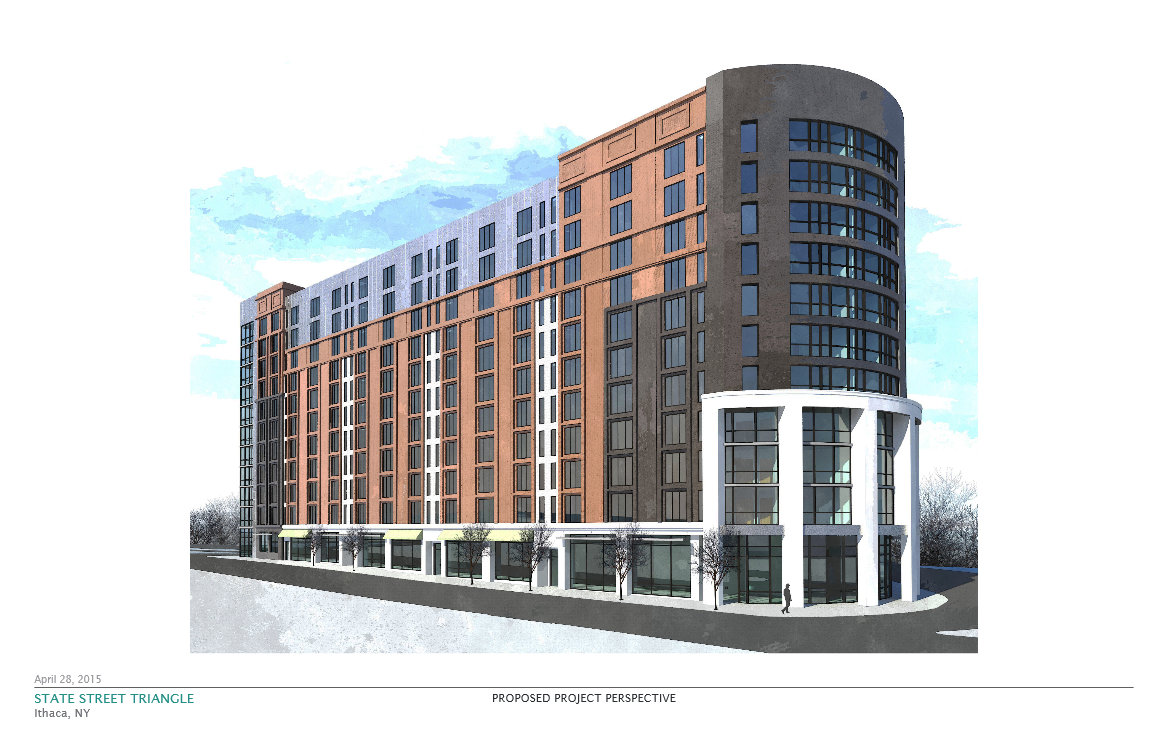 Ithaca, and the Finger Lakes region, are known more for scenic lake views, farms and wineries than tall buildings. This would become the tallest building in the region joining the 11-story Bradfield Hall on the campus of Cornell University in Ithaca. At 166 feet and 11 stories tall, Bradfield Hall is the tallest building on the Cornell campus and in Tompkins County. Seneca Place on the Commons is another “high-rise” building in Ithaca at 9-stories.The development was discussed at the Ithaca Planning Board’s April Meeting. You can check out the meeting minutes here. 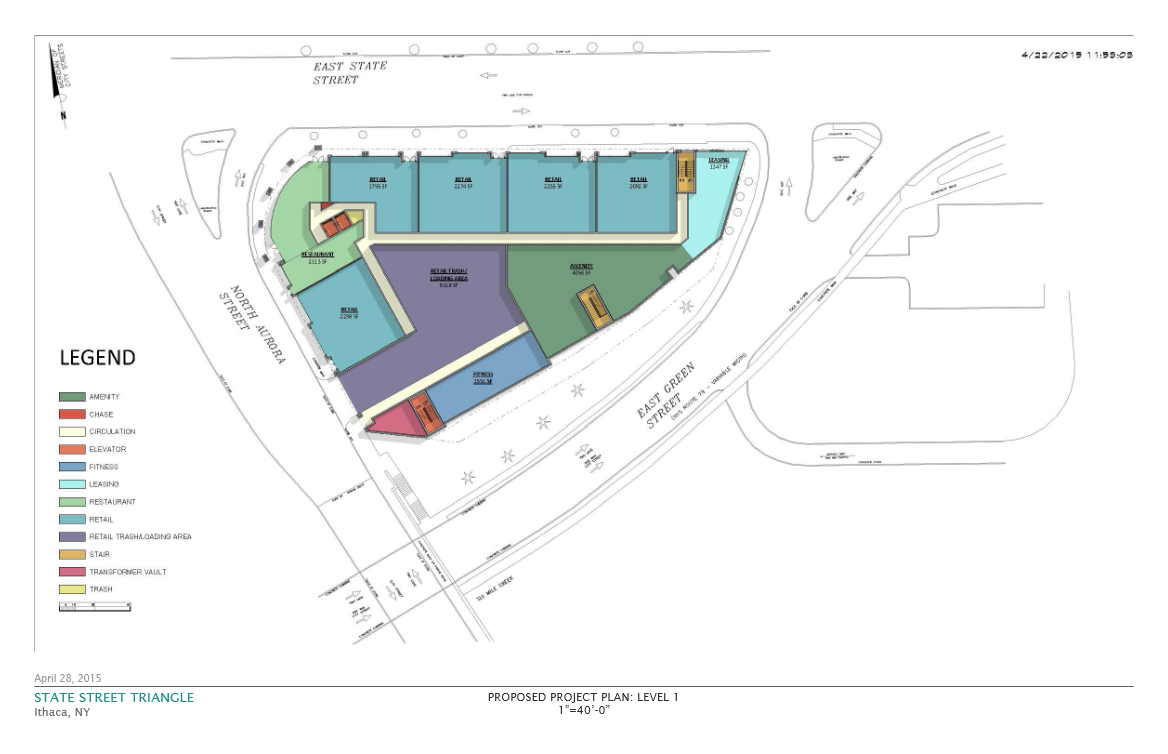