Tragedy on a farm in the Town of Rose as a woman tried unsuccessfully to rescue her husband who was pinned under a skid loader on Sunday morning shortly after 8:00 am. New York State Police on Tuesday announced they are investigating the fatal farm accident. Investigators said William Lotz, age 31, was operating a Case Model 1840 Skid Steer to load a round bale of hay onto a feeder rack. He got off the machine and went underneath the equipment to remove a bale of hay. Police said the loader suddenly dropped and pinned him.Lotz was pulled out from underneath by his wife. First responder were unable to resuscitate Lotz who was later pronounced dead. 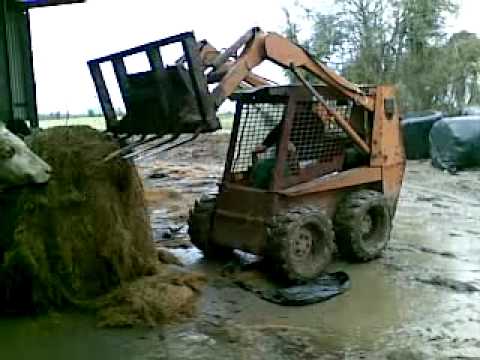