At their annual Employee Recognition Dinner May 13, 2015, Schuyler Hospital announced the recipient of the 2015 Lou Sand Award.Bryan Daugherty, a nearly 11-year Housekeeper who works all over the Hospital and Seneca View, was nominated by a dozen co-workers for the prestigious award. 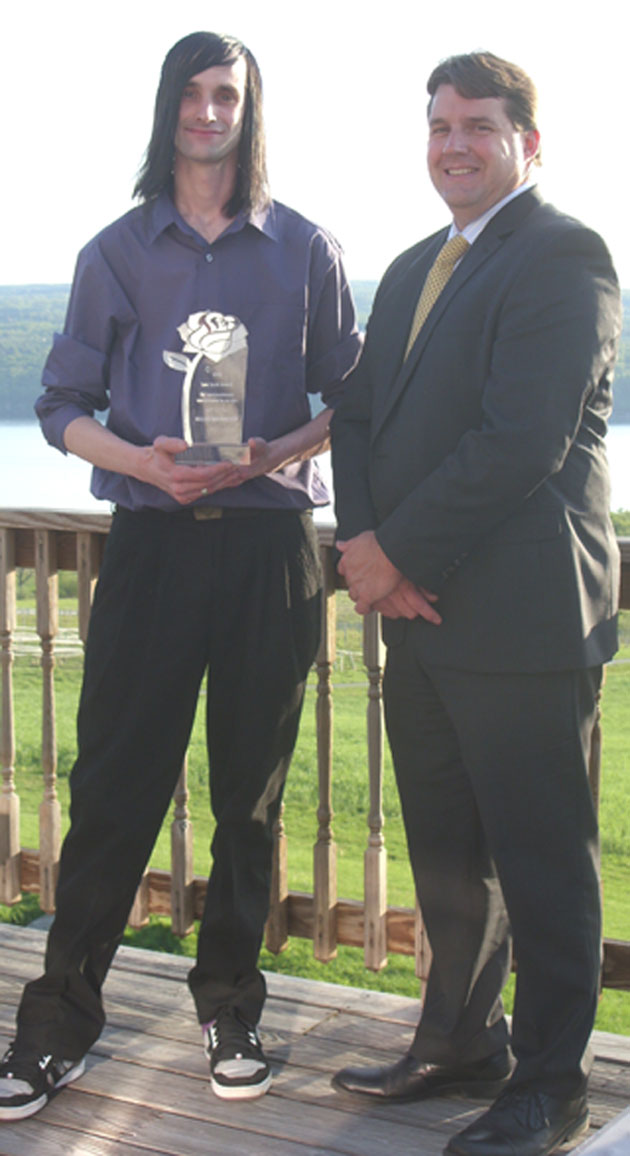 Highlights from his twelve nominations include, “He charges around the hospital with a smile on his face and cheerful comments for those he passes. He is thoughtful and kind, quick to help, and a very hard worker.” “He goes above and beyond to help anyone he can.” “He is totally dependable and does an excellent job at whatever he is asked to do. He is a good listener and is very compassionate when he needs to be, a good leader and sets a good example for others.”

Schuyler Hospital annually gives the award in memory of Lou Sand to an employee who demonstrates exemplary service to others, and whose compassionate commitment of service to their fellow employees, patients, residents and community brightens the lives of those they touch; traits exemplified by Lou Sand.