The Newark Pilots announce the addition of three left-handed hurlers to the pitching staff with the signing of Mack Boone (Menlo College), Michael Schuermann (Salve Regina University) and Nick Wegmann (Binghamton University).Boone is a sophomore for the Menlo Ozarks, members of the NAIA’s Cascade Collegiate Conference. Originally from Sacramento, Calif., the six-foot lefty began the season with six appearances out of the bullpen but finished with four consecutive starts. He went 2-0 with a 3.77 ERA in 28.2 innings of work, and had 14 strikeouts compared to eight walks. Boone earned his first win of the season with five innings against Simpson (Calif.) on March 3, surrendering one earned run on three hits with three punchouts. He threw a seven-inning complete game against Oregon Tech on March 19, striking out a season-high five batters and allowing only two runs on four hits. Over his two seasons at Menlo, Boone has compiled a 4-1 record with 31 strikeouts in 46.1 innings. 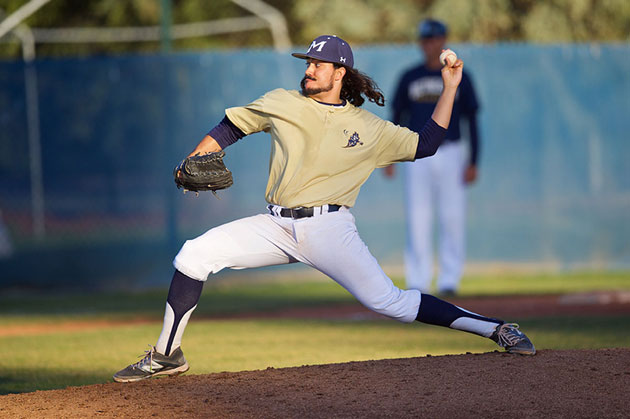 A junior from Rockville Centre, NY, Schuermann is a lefty specialist for the Seahawks of Salve Regina. He has pitched in 41 games over his three seasons, and in 20.0 innings, has allowed only four earned runs for a career ERA of 1.80. Standing at 6-foot-1, the sidearm southpaw has 11 career strikeouts and only four walks. In 2015, Schuermann has been summoned from the bullpen on 10 occasions, allowing one run on four hits in 4.0 innings of work. As a sophomore, he finished with career highs with 10.2 innings of work and seven strikeouts in 19 appearances. Located in Newport, R.I., Salve Regina is scheduled to host the 2015 ECAC Division III New England Baseball Championship at this weekend.Wegmann is a utility player for Division I Binghamton. The Apalachin, N.Y., native and former All-State star at Vestal High School has made eight appearances on the mound so far this season. He’s fanned 14 in 14.2 innings and opponents are hitting .255 off of him. The 6-foot-1 freshman threw two scoreless frames against Cornell on April 7. On April 15 against Marist, he made his first collegiate start and struck out six of the 12 batters he faced in 3.0 innings. Wegmann also has one hit and four RBIs at the plate. His father, Tom Wegmann, pitched in the minors for the Baltimore Orioles and New York Mets. He collected 41 wins and a 2.93 career ERA in seven seasons of affiliated baseball, including stints with Triple-A Rochester and Double-A Binghamton. 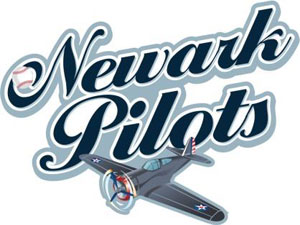 The Newark Pilots return to Colburn Park for their 2015 home opener on Friday, June 5 against Mohawk Valley. For more information and to purchase season tickets, contact Pilots president Leslie Ohmann at 315-576-6710 or visit www.newarkpilots.com. Fans can like the Pilots on Facebook at www.facebook.com/newarkpilots, and follow them on Instagram and Twitter @NewarkPilots for the latest information.