Investigators from the National Transportation Safety Board arrived from Washington, DC last evening and have spent all day Monday interviewing witnesses and those familiar in various ways with Seely’s airplane, a 1966 Cessna 172G #N3969L, a fixed wing aircraft single engine with 4 seats. NTSB Investigator Douglas Brazy reports that their investigation continues having completed several interviews today with FAA and Sheriff’s Office assistance and is now focusing on the airplane itself. It is the mission of the NTSB to determine the cause of civilian aircraft accidents such as this fatality. The plane has been removed from the accident scene by Doug Marchionda Trucking and Excavating of Penn Yan and taken under NTSB watch to the Seneca Flight hanger for further plane and engine examination by investigators. The airport is now completely open. Brazy reports that such investigations could take several months before there is a conclusion. The autopsy is now scheduled for the morning of May 5 at the Soldiers and Sailors Hospital morgue to determine cause of death. Incident remains under investigation at this time by the NTSB assisted by FAA officials from Rochester, an engine expert from Cessna Aircraft Co, and Sheriff’s Investigators. ******* A single engine airplane was taking off from the Penn Yan Airport in the Town of Milo on Sunday morning just before noon when something went wrong causing a violent crash that claimed the life of the pilot, a 55-year-old Ontario County business owner..Preliminary investigation indicates a single engine older Cessna aircraft piloted by Steven P. Seely of Stanley, was taking off southbound on the main North-South runway and the plane veered off to the east striking the ground hard with its nose/propeller and spun around coming to rest with the tail against the airport fence and trees that border the fence line approximately 100 yards from runway. Seely was found deceased in the plane in his seat strapped in. 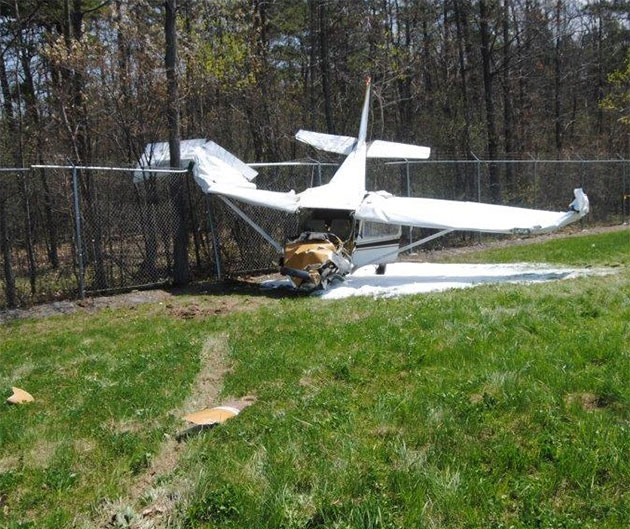