On Tuesday April 7 at approximately 7:40 pm the Town of Seneca Falls Police Department arrested Danielle M. Bourne, age 20 of 144 Steele Road in Waterloo, for Aggravated Harassment in the Second Degree which is a Class A Misdemeanor. Bourne is accused of calling a Seneca Falls resident and making a verbal threat to that resident’s physical well being earlier that same day. 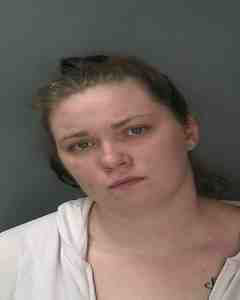 Danielle was released on an appearance ticket and will appear in the Town of Seneca Falls Town Court on April 27 at 6:00 pm to answer to the charge.