A committee of individuals, led by organizing sponsor Generations Bank, announced today the first ever Women’s Right to Run 19K will take place on May 7, 2016 – Mother’s Day Weekend – in Seneca Falls. Proceeds from the run will benefit the National Women’s Hall of Fame’s capital campaign which raises funds to rehabilitate the former Seneca Falls Knitting Mill into its future home, The Center for Great Women. 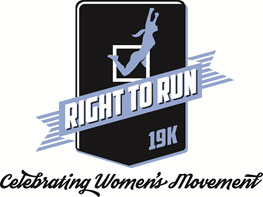 Long distance running legend, activist and author Kathrine Switzer is the national spokesperson for the run. In 1967 Switzer became the first women to officially run and finish the then all-male Boston Marathon, and won the New York City Marathon in 1974.“As an inductee of the National Women’s Hall of Fame, it is truly an honor to be a part of this race,” said Switzer. “The race is a fitting tribute to the 19th amendment which gave women the right to vote, and 19km – 11.8 challenging miles- reflects with a unique distance the challenges our fore-mothers had in going the distance to get that vote.” “The Hall appreciates the efforts to organize the run for our benefit,” said Jill Tietjen, the Hall’s CEO. “This Center is important to honor the women of the past and the present, to tell the history of women’s struggles, to prepare the women of the future, and to serve as the voice of the value of women.”“We are thrilled to announce the first Women’s Right to Run 19K,” said Menzo Case, CEO of Generations Bank. “Women’s running has become a joyous activity and to have the event on Mother’s Day Weekend makes it all the more exciting and relevant. This is going to be a wonderful event to help raise national as well as regional awareness for the Hall’s campaign.” Details about race registration will be announced in the coming months. The Race’s website will be operational on April 15, 2015 (www.righttorun19k.org).