On Friday the Appellate Division of the N.Y.S. Supreme Court in Rochester unanimously affirmed the Seneca County conviction of defendant Alexander VanVleet, rejecting all seven claims made by the defendant. Seneca County District Attorney Barry Porsch argued on behalf of the People. VanVleet was represented on the appeal by attorney Steven J. Getman.On July 1, 2013, VanVleet was convicted in the Seneca County Court of criminal mischief in the second degree, a class D felony, for his role in the theft and damage of a South Seneca school bus. 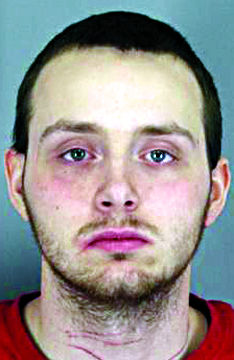 County Judge Dennis Bender sentenced VanVleet to a state prison sentence of 2⅓ to 7 years and ordered him to pay restitution of $19,071 to the South Seneca School District and $2,150 to the Ovid Liquor Store.VavVleet is also serving a 15-year state prison sentence from a 2013 conviction for robbery and burglary in Steuben County for his participation in an armed home invasion of an elderly couple in the Town of Erwin. Five days after the school bus theft, VanVleet and three other suspects tied up the elderly couple, stole their money and car, and drove the car to South Carolina where they were apprehended after a 15-mile high speed chase.