The Lyons Lions varsity boys basketball team had stormed through the postseason with 6 straight victories including the school’s 17th sectional title. On Friday afternoon, the memorable run came to an end during the Class C NYSPHAA semifinals at the Glens Falls Civic Center as the Lions lost to the Waterville Indians 68-44. 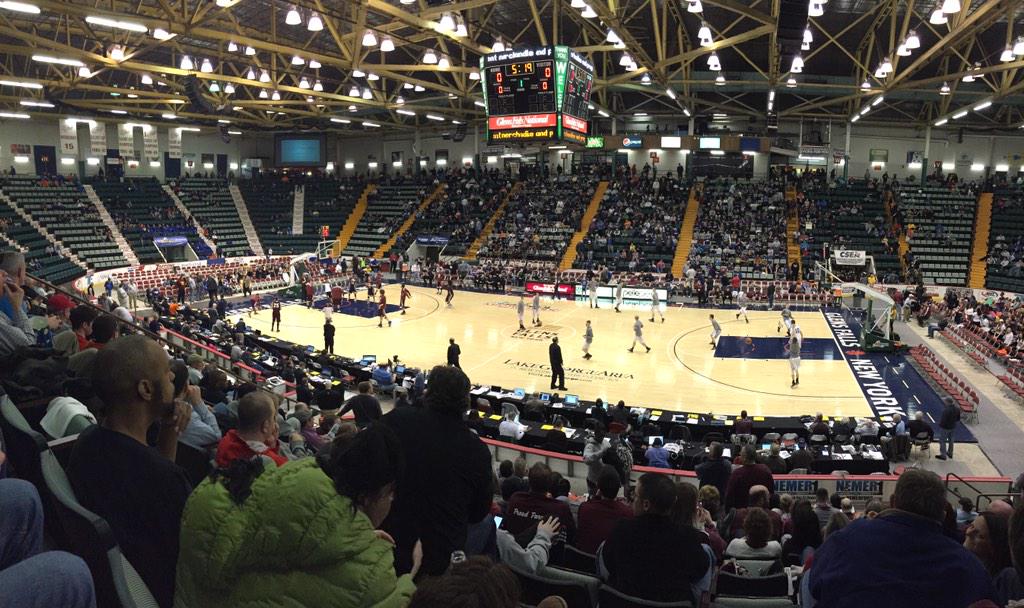 The Lions never seemed to get comfortable working against a stifling 2-3 zone defense employed by Section III’s Waterville and fould trouble plagued Lyons seniors Damon Hunter and Chris Peay.Hunter, who had scored over 30 points per game in each of Lyons’ six postseason victories, was held to 22 points and fouled out of the game mid-fourth quarter before picking up a technical foul in his final moments in a Lyons uniform. His spectacular career comes to a close and includes over 1,000 career points, a pair of Sectional banners, and a pair of Sectional MVP awards.Hunter’s late technical wasn’t the only one issued against the Lions Friday afternoon. Late in the second quarter head coach Zac Young was near half court arguing against Hunter’s third foul when he was assessed a technical.In the end, it wasn’t the technical fouls that ended Lyons’ season, it was a tough 2-3 zone defense and efficient 2nd half offense from Waterville that spelled the Lions. The Indians’ Zach Sawyer scored 20 points on the afternoon and 6-5 senior forward Will Specht made 5 three pointers to lift Waterville to 25-0 on the season and into the Class C State Championship game on Saturday night.For several Lyons seniors it was their last time donning the maroon and white. Chris Peay scored 7 points, Josh DeSain scored 3 on a second half trifecta from the corner. Nick Fera, hampered by illness, was held scoreless along with fellow senior Zac Wunder.Junior Deondre McDonald finished with 10 points, sophomore Daryn Carswell had 2 along with junior Jordan Aumell while sophomore call-up Devan Franklin hit 1 free throw late to round out the Lyons scoring.All good things come to an end. In this case, a fantastic 2014-15 campaign by Zac Young’s squad came to a close on Friday but this team’s accomplishments will long be remembered by local basketball fans and on the wall of the Atwood Gymnasium. Congratulations to the Lions as the last man standing from the Wayne-Finger Lakes leagues of Section V.FL1 Sports was in Glens Falls for the call of Friday’s contest. You can listen to the full broadcast here as Jim Sinicropi, Matt Verkey and Rhett Ticconi called the action for FingerLakes1.com.Also, here is the call from Waterville’s hometown radio station.- Waterville blows open close game in second quarter, cruises into boys Class C final Syracuse.com

Bunch of thousand yard stares from the Lyons bench. They know the run is over. 66-44 Waterville with 1:38 to play. -PR