On Monday afternoon at 1:45 pm Geneva Police Department responded along with Geneva City District Employees to the report of a 4-year-old Head Start student that was in possession of cocaine on his person.An immediate investigation by both the GPD & GCSD ensued that resulted in following: 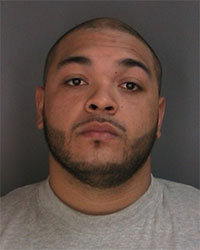 1. Arrest of Father of the 4 year for Criminal Possession of a Controlled Substance in the Third Degree, A Class B Felony.2. A Search Warrant was executed @ 7:30 pm at the residence of the suspect, 239 Pulteney Street, Geneva.3. Ontario Child Protective Services is involved with the care and custody of the children associated with this case.4. Felony weight of powdered cocaine was secured as part of this investigation.5. Over 4 Pounds of Marijuana, 12 longs guns, 2 Automatic Rifles, 5 Handguns, stun gun and over $10000 in US Currency was recovered and seized. 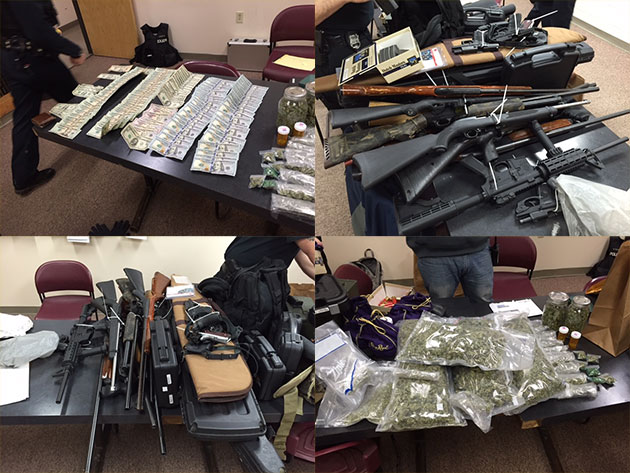 Police arrested Willie L. Smallwood, age 25 of 239 Pulteney Street in Geneva. He was charged with Criminal Possession of a Controlled Substance in the Third Degree, Class B Felony. Several additional Felony Charges are pending at this time.The suspect was arraigned and held on $15,000/$30,000 bail and will return to Geneva City Court on March 12th. The investigation will continue.RELEASE FROM GENEVA SCHOOL DISTRICT ISSUED TUESDAY:As you likely know, the Geneva Police Department has made an arrest related to yesterday’s incident involving a 4-year-old Head Start/UPK student found with cocaine. Both school officials and city police are keeping the child’s welfare foremost, and we are confident that he is safe at this time. It goes without saying that this situation is both concerning and deeply saddening. No child should ever be placed in this kind of situation.This comes on the heels of a North Street School student turning over a baggie with a very small amount of marijuana at the beginning of the school day on Feb. 26. In both of these cases, we immediately contacted the city police department. We believe these are isolated, unrelated incidents to which our staff responded in a quick and professional manner. We are very proud of all involved for their quick and decisive actions.The wellbeing of all our school children is of primary importance, and we will continue to act with them in mind. The school district has programs and protocols in place to educate students about drug and alcohol abuse. We operate a nationally recognized PBIS (Positive Behavioral Intervention and Supports) program, cooperate closely with Geneva police for an active DARE program, and have a grant-funded drug and alcohol prevention educator provided by the Council on Alcoholism and Addictions of the Finger Lakes.We will continue to look at ways to educate and protect our students. It is essential, however, that we act in concert with our community and families. We urge all of our parents, guardians, grandparents and community members to talk to the children in their lives about the dangers of drugs and alcohol. .