Chris Haynes named head coach of the Newark PilotsOwner Bob Ohmann has announced the hiring of St. Lawrence University associate head coach Chris Haynes as the next head coach of the Newark Pilots. “It is a great feeling and an honor to get the opportunity to coach the Pilots this summer,” Haynes said. “I am excited to continue the winning culture that (former head coach) Mike Armstrong has created in Newark, and I am counting down the days until Opening Day.””The Newark Pilots are excited to hire an outstanding coach, and above all, an individual with outstanding character,” Ohmann said. “As a former Division I student-athlete, Chris knows what it takes to compete at the highest level, and I am confident his leadership and coaching ability will translate into success on the field at Colburn Park in 2015.”The 27-year-old will become the third head coach in team history, and will fill the role left by Armstrong, the 2014 Perfect Game Collegiate Baseball League (PGCBL) Coach of the Year. Armstrong accepted the head coaching position with the North Adams SteepleCats of the New England Collegiate Baseball League, allowing him to remain closer to Amherst College, where he is the hitting coach for the Lord Jeffs. 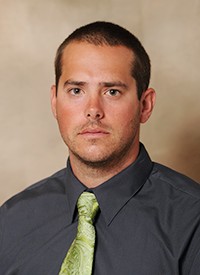 Haynes is in his fourth season at St. Lawrence University. He helped the Saints set a program record with 28 victories and win the Liberty League regular-season championship in 2012. St. Lawrence has posted three consecutive winning seasons with Haynes on the staff. Serving as the team’s hitting coach, he mentored senior second baseman Bryan Palermo to All-Liberty League First Team, ECAC Division III Upstate First-Team All-Star and American Baseball Coaches Association (ABCA)/Rawlings All-New York Region Third Team honors in 2014 with a team-high .398 batting average, the fourth-highest average in the conference.Last summer, Haynes was the head coach for the Syracuse Junior Chiefs of the New York Collegiate Baseball League (NYCBL). Four of his players were named to the NYCBL All-Star Game and one earned First-Team All-NYCBL honors. In addition, his Syracuse squad featured 2015 Pilots Brian Dudek (Buffalo), Gabe Levanti (Northeastern) and Mark Martin (Le Moyne).A four-year letterwinner at Le Moyne College in Syracuse, N.Y., Haynes recorded a .292 career batting average with 14 home runs, 73 runs scored and 83 RBIs. In 2007, he helped the Dolphins win the Metro Atlantic Athletic Conference (MAAC) championship and make an appearance in the College Station Regional of the NCAA Tournament. As a junior in 2008, he hit .353 with seven homers and 33 RBIs. That year, he was named to the All-National Independent Tournament Team. In prior to the 2009 season, Baseball America named him its preseason Division I Independents All-Conference Team catcher.After graduating from Le Moyne with a degree in business marketing in 2009, Haynes served as the bullpen catcher for the Syracuse Chiefs, Triple-A affiliate of the Washington Nationals. The Manlius, N.Y., native earned his a master’s in educational leadership at St. Lawrence in 2013. The Newark Pilots return to Colburn Park for their 2015 home opener on Friday, June 5 against Mohawk Valley. For more information and to purchase season tickets, contact Pilots president Leslie Ohmann at 315-576-6710 or visit www.newarkpilots.com. Fans can like the Pilots on Facebook at www.facebook.com/newarkpilots, and follow them on Instagram and Twitter @NewarkPilots for the latest information.