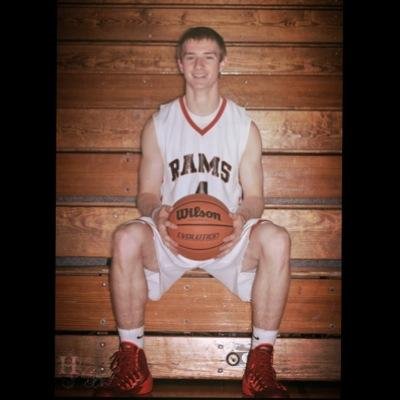 There has never been a bigger week in the history of the Red Creek varsity boys basketball program than the week ahead for the Rams. The school has never won a Wayne County League Championship in boys basketball dating back over 70 years, but, if they prevail in two tough road contests on Tuesday and Thursday nights, they will do just that.Heading into Tuesday night’s game in Lyons, head coach Jamie Grimshaw’s Rams are currently 11-1 in league play (12-1 overall), tied atop the standings with North Rose-Wolcott, a team they defeated at home earlier this season. They stand just 1 game ahead of 2nd place Lyons. Zac Young’s Lions dealt Red Creek their only loss of the season in a barn burner in early January.If Red Creek can survive their game at the Atwood Gymnasium on Tuesday night, they would next travel to face North Rose-Wolcott on Thursday night with a chance to clinch at least a share of the Wayne County title for the first time ever.

Both games should provide a stiff test. The Atwood Gymnasium in Lyons is a difficult place to play for visiting opponents, especially when the Lions have a player the caliber of senior point guard Damon Hunter. At NR-W, the Rams will have to contend with sophomore standout Tyler Norris and a balanced attack that includes reliable juniors Garrett Hoyt and Connor Pendleton and 6’2, 230 pound senior big man Jacob Stevenson.Why is Red Creek even in position to accomplish something their program has never achieved in over a half-century? The most obvious reason is senior forward and team leader Jake Slobe. He first emerged as a sophomore when Red Creek returned a varsity basketball team to competition after a year without a team. Earlier this season he joined the 1,000 point club and, in his senior campaign, has pushed his Rams to the top of the Wayne County standings. Slobe scored a league-high 40 points in a key win over Clyde-Savannah two weeks ago. He may need similar performances to lift Red Creek to a pair of wins this week.Slobe will have plenty of help. The Klein brothers, senior Griffin and sophomore Nick, share point guard duties, Ethan Durocher, Noah Fisher and Zack Ferguson have proved to be reliable role players, and 6’4 junior forward-center Willie Meyer might be the best athlete on the court in any given game this season. If Red Creek can win two games this week, all these names will be remembered as the first ever Red Creek Rams to call themselves Wayne County League champions.You can watch the drama unfold live on Tuesday night in Lyons. FL1 Sports will broadcast the game on FingerLakes1.TV and YouTube beginning shortly before 7:30 pm. Jim Sinicropi and Matt Verkey will have the call from the Atwood. Going to the game or planning on watching? Be sure to use hashtag #fl1sports during the game on Twitter.You can watch all of FingerLakes1.TV’s programming by browsing directly to www.FingerLakes1.TV on your computer or tablet. You can also watch live on YouTube by using the search bar at YouTube.com and subscribing to our channel. Watch live or on-demand on your smartphone by downloading the free FingerLakes1.com App from the iTunes or Android store. Have a smart TV? Check to see if there is a YouTube app and subscribe to our channel. Stream directly from your phone or Google Chrome browser using a Chromecast. Watch live on Roku by installing Roku’s YouTube app and searching or subscribing to FingerLakes1.com. The latest FingerLakes1.TV programming is linked up and featured on our homepage at FingerLakes1.com along with links to live shows when in progress. Our live webcast schedule for the upcoming week is also posted near the bottom of our homepage.Wayne County Standings Through 2/2/15T1. Red Creek 11-1 / 12-1T1. NR-Wolcott 11-1 / 12-203. Lyons 9-2 / 12-204. Clyde-Savannah 6-5 / 6-705. East Rochester 5-6 / 7-606. Gananda 4-8 / 4-1007. Sodus 3-9 / 4-908. Williamson 2-9 / 2-909. Marion 0-11 / 1-11