The NFL released their schedule of games for 2014 and that includes the Buffalo Bills who are entering their second season under the leadership of Doug Marrone.The Bills will open up on the road at Chicago and end their season on the road against the New England Patriots. While game times are subject to flex scheduling, at the moment, the Bills will only play 3 games with a start later than 1:00 pm EST and are not slated to appear on Sunday or Monday night football. The Bills are scheduled for one Thursday night game on the road against Miami. 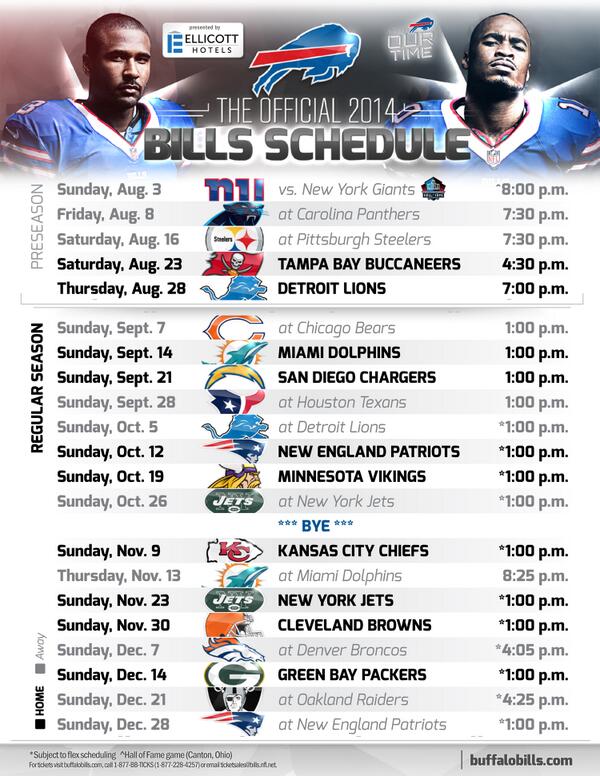