Clyde-Savannah’s boys varsity basketball team continued their bid for a state title and undefeated season on Saturday afternoon at the Far West Regional at Buffalo State against Middle Early College out of Section 6. As the clock expired, it was MEC taking a 62-54 victory and punching their ticket to Glens Falls for the third time in their 6-year existence.Clyde’s season ends with a 22-1 mark that included a Section V Class C2 Championship and their second straight Wayne County title. It was a season that would see both Kam DiSanto and Joemaine Bogan become 1,000 point scorers. 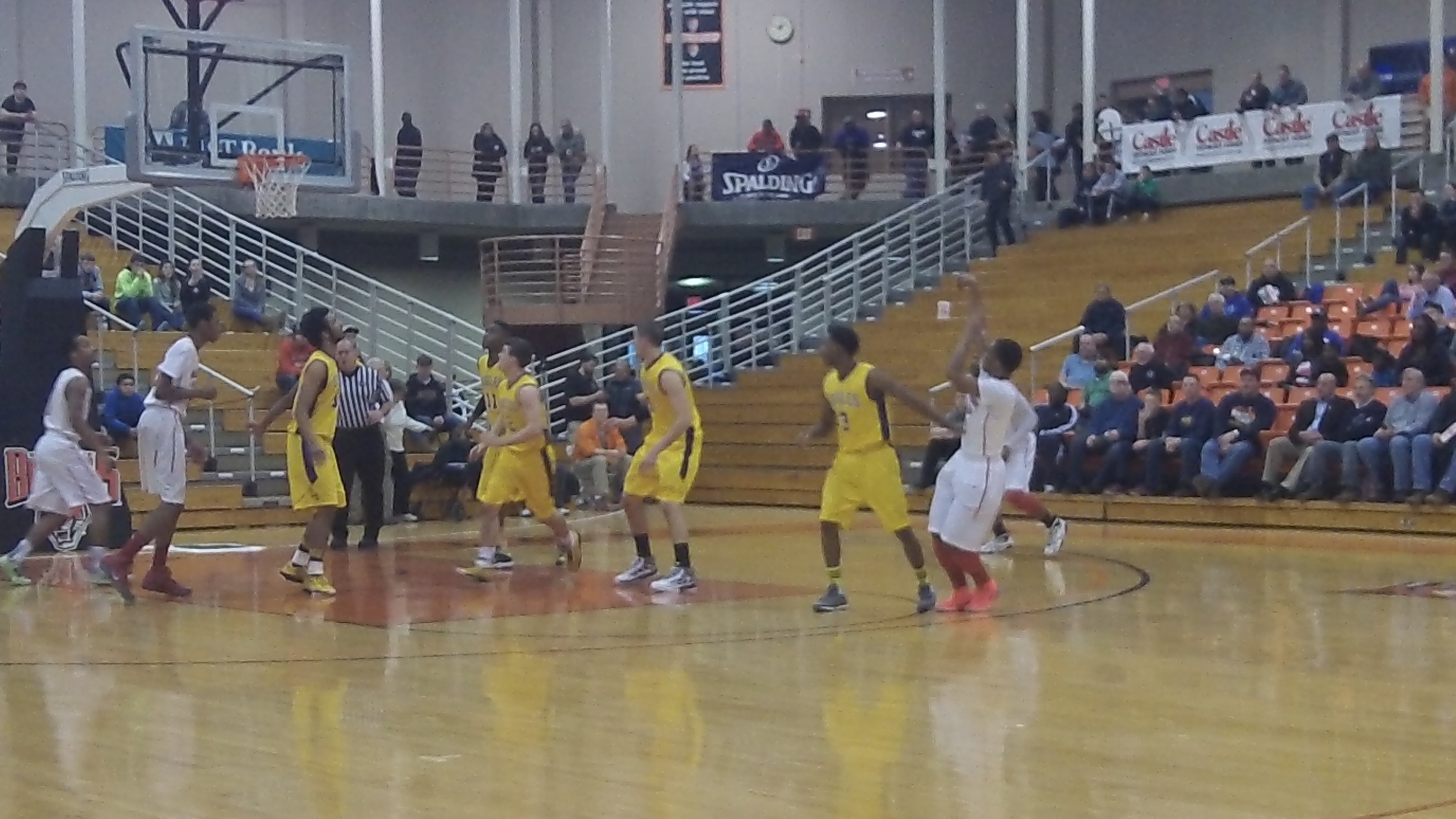 Kam DiSanto led the Golden Eagles in scoring with 18 points and adding 8 rebounds and 3 blocked shots.Clyde would trail at halftime, 32-25 and then make a run out of the locker room to begin the third period.Joe Faniel also scored 18, including a huge 3rd quarter four-point-play to give Clyde-Savannah their only lead of the game at 40-39. But, Middle Early College answered back almost immediately with a pair of three pointers.Clyde would hang tough but in the end, run out of time as they failed to take advantage of late missed Early College free throws.Joemaine Bogan had a 14 point, 9 rebound, 5 assist effort for Clyde while Michael Turner pulled down 10 rebounds and blocked 4 shots. Jason Doig scored 5 points and dished out 7 assists.Middle Early College was led with 23 points from Tarron Scott and Devon Singleton recorded a whopping 7 blocked shots on the afternoon. Middle Early College will play Friends Academy in Glens Falls in the Class C Semifinals.Full Boxscore (.pdf)